We stayed at Mövenpick Suriwongse Hotel Chiang Mai, which is ranked as a 4 star hotel in Chiang Mai.

It seems that the hotel originally was called as Surawong Hotel when the hotel was opened in 1964.

When you get closer to the hotel entrance, the doorman will open the large glass front door.

The hotel lobby has a calm structure with white, silver and dark brown tones and a high ceiling, giving you a feeling of liberation. 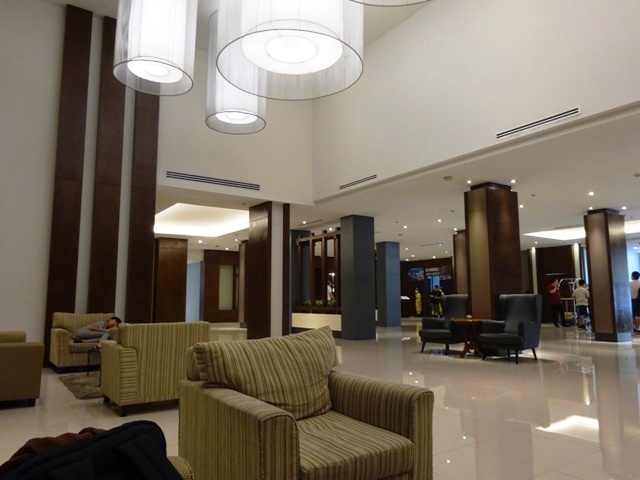 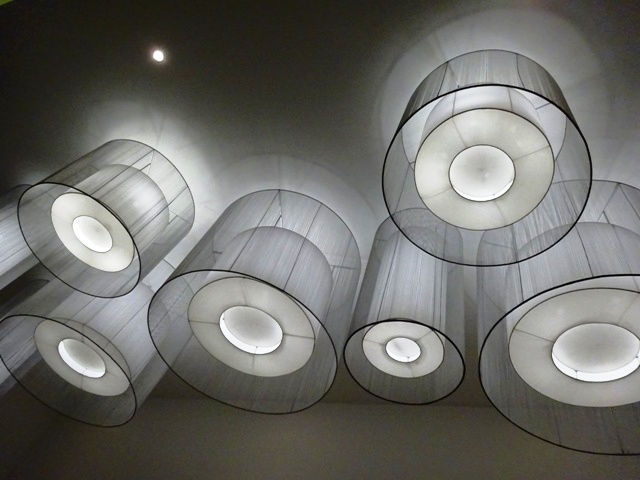 Unfortunately, there was no room available for us to enter immediately at the time we arrived at the hotel.

But I was excited!!

Since we had some time to checkin, we went to sightseeing.

When I checked in, I was quite impressed by the luxury room.

Since our luggage was not yet in the room, I waited for them about 20 minutes.

In case I called to the front desk, they told me that they were on the way, I waited for another 5 minutes.

I wanted to unpack and go out early, so I ended up going to pick up my luggage.

I had never forgotten my luggage at a 4 star hotel, so the impression of the front desk at the time of check-in was not good.

But it’s ok. It happens sometimes.

The room was roughly divided into 3 spaces, and as soon as you entered the room, there was a sofa set, TV, and a minibar, so it was a space that could accommodate visitors. 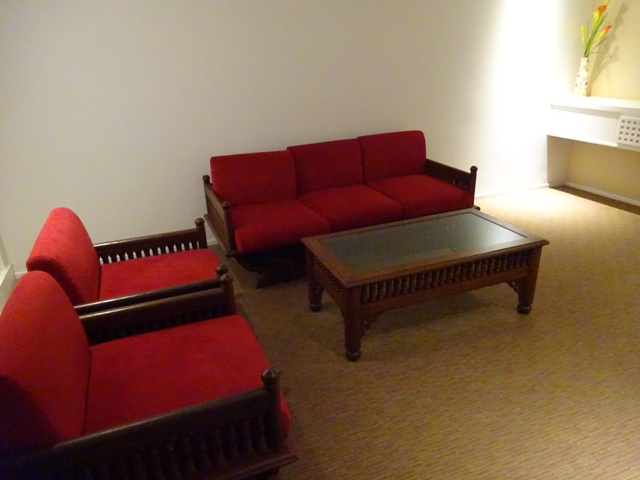 Open space inside the room

Then, go down the corridor passage. 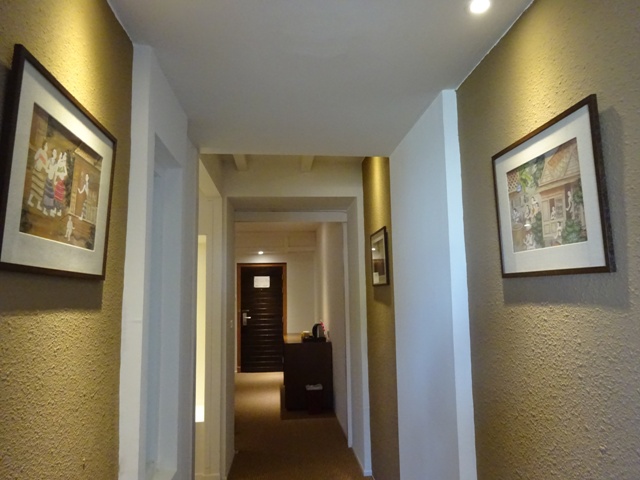 The central area has a closet and a mirror stand, as well as a bath and toilet. The bathroom was based on light blue, and the shower room and bathtub were separated.

The wash basin was also large, and I was glad that there was a mirror stand space in front of the big mirror as it separated the door. 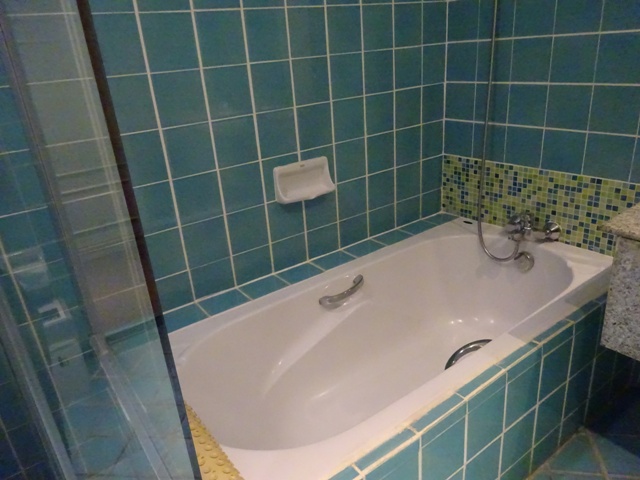 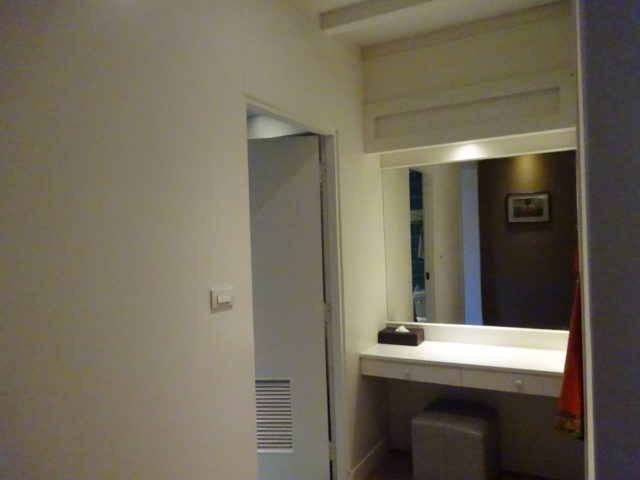 At the end of the room is a bedroom with a city view. This area is decorated with vermillion or orange or warm colors, and the bed is soft and comfortable to sleep.

All the amenities are available and I think that I was able to spend more comfort than a hotel I stayed in in Bangkok. 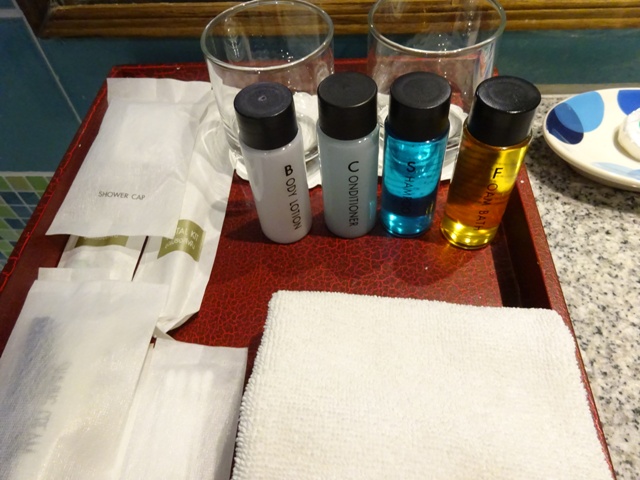 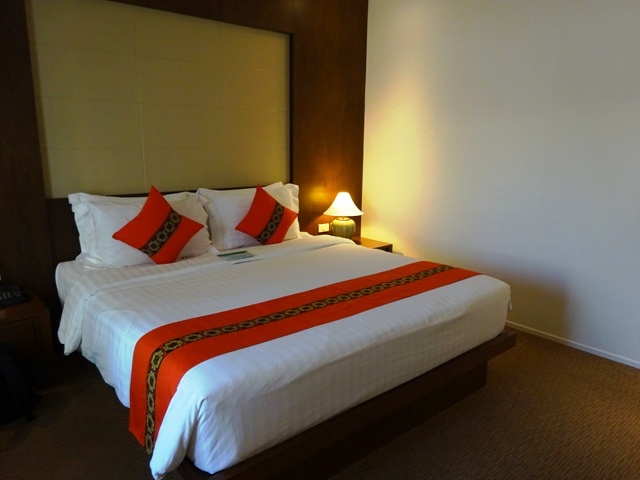 It’s just a little thing, but I like the glass cups than plastic cups in the bathroom.

They provided me glass cups, so I was happy.

I think that I stayed on the 6th floor, and it was a city view, so there was a view overlooking the street in front of the hotel.

Also, I could see the Le Meridien hotel opposite to our room.

The hotel provided us two bottles of water every day, but they refilled those with glass bottles instead of plastic bottles.

This means that you cannot bring water bottle from the room when you go out.

I assumed that it is because they want to be nice to the nature.. 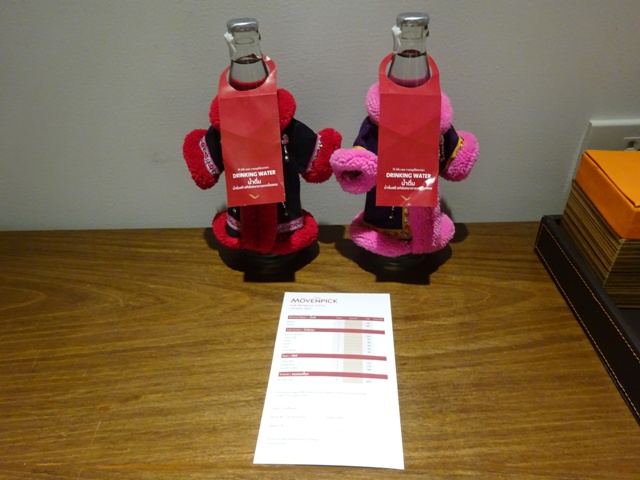 The location of this hotel and the size of the room were amazing!

There is a night market opposite the hotel, so you won’t have any trouble eating.

If you’re tired of local food, Starbucks is right in front of you and you can have dim sum at the hotel restaurant.

Breakfast is also buffet, but you can enjoy quite a variety of dishes in the spacious dining area.

We also make noodles such as pho with raw vegetables, and toasts, ham eggs, etc. every time we order.

Just one note, but the coffee here wasn’t that good.

It was good that there was a Starbucks next to me. 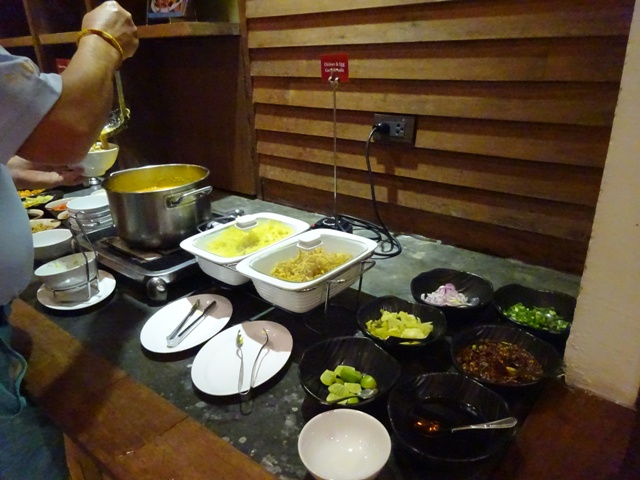 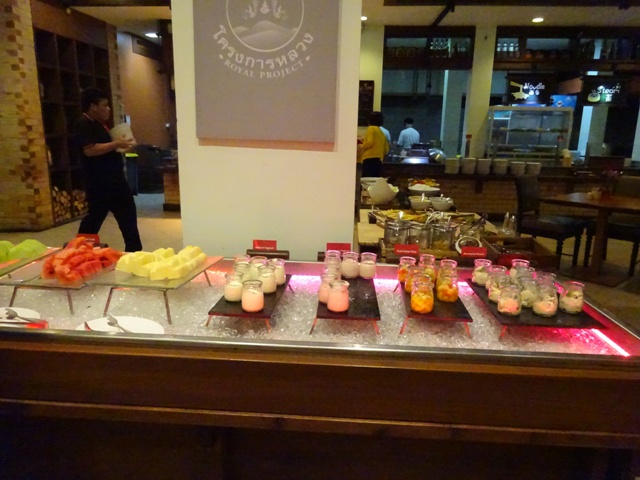 As for the hotel rooms, the rooms where I stayed are large, so there was no impression that the hallway was noisy during the stay and the entire hotel was not at crowded.

During my stay, I saw a group of Chinese people checking out, but the hotel room was so quiet that I could not imagine that such a large number of people were staying at the hotel. 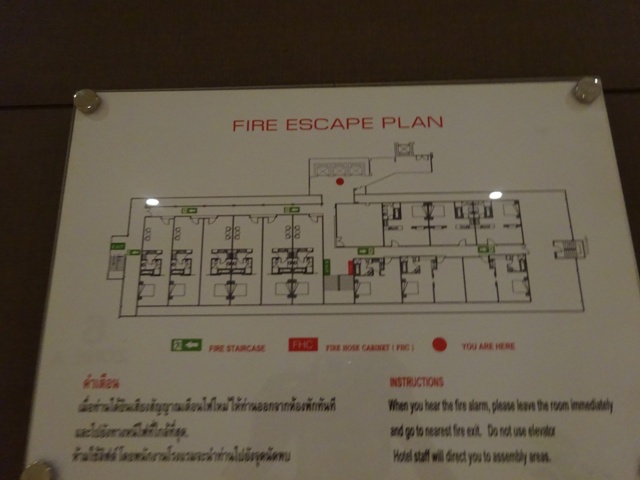 this hotel is 13 stories

However, the outdoor pool was a little bit disappointing.

I think it’s probably it is still early season, but in early February when I stayed it was still cold overall and the pool was rattled.

What’s more, the pool is installed between the buildings, so there is little sunlight.

Thanks to that, the water in the pool was too cold and I could only soak it in the water for a moment.

It was so cold that I had to lie down at the edge of the pool and warm my body under the sun.

This season is not suitable for travelers who want to enjoy the pool. 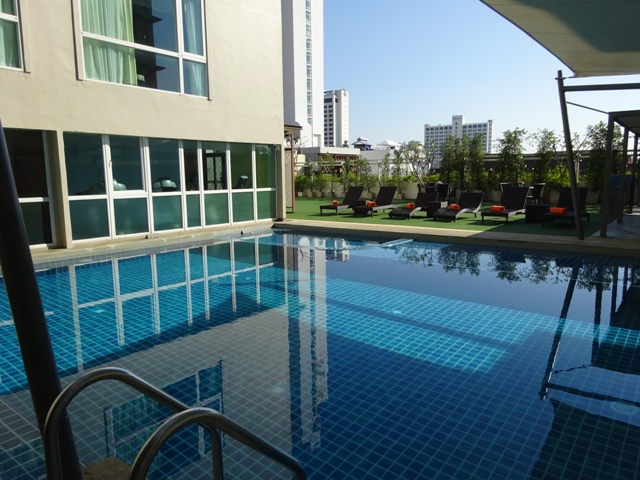 Overall, if you can stay at such a spacious and spacious hotel with breakfast, you will be very satisfied.

This time, I made a reservation at Hotels.com and accumulated accommodation points.

You can also book the room via Agoda. 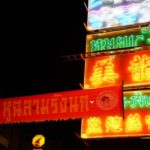 As I wrote in another article, I stayed at Prime Hotel in Bangkok this time. Chinatown is about 10 m … 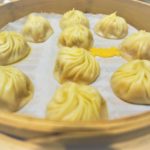 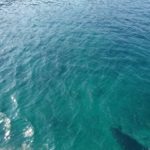 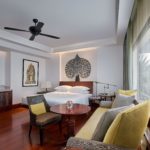 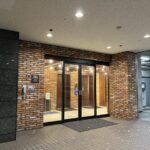 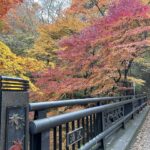 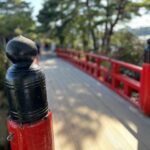 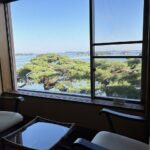 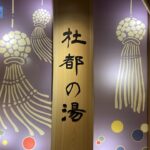